How we shoot food and drink recipe videos

With social media’s growing hunger for ever-so-satisfying recipe videos, we’ve been commissioned to create 114 in the last 2 years, and we don’t plan on stopping!

We have had the privilege of working with a wide range of clients who all have different needs, whether it be a cocktail brand, a supermarket, a sauce company, barista teacher, or a food sharing app, the need for recipe videos is something they all have in common.

After creating a monstrous amount of recipe videos, we’ve gained a fair bit of knowledge during the process and the biggest thing we have learned is that every client will need a different approach!

Our projects can begin at different stages. Some of our clients may have a recipe already written, a storyboard created and a food and prop stylist already in play – we’re then needed to capture the fun and deliver the magic! However in some other cases our clients will need us from the very beginning to plan and storyboard the recipe process alongside them as well as sourcing props and food stylists. Therefore we’ve had experience of creating recipe videos in all stages.

The first question for most is: “Which recipe?” The recipe is the ultimate driver of the video whether it be an easy to follow stir-fry or a giant cake with a lot of technical requirements! The most important thing is to have balance. A simple recipe can be boring in the wrong hands, but an over-complicated recipe can be even more boring. Each recipe should be easy to follow with a range of interesting shots to keep the viewers engaged, along with presenting the ingredients and food in the best possible way. We mostly work with clients who already have a recipe written, whether it be for a magazine, a cook book or a blog – however, we do have access to food stylists and recipe writers that we can bring in for a project.

Once we have the recipes chosen, we then need to ensure we shoot in the right studio. Every recipe will have different needs. We have filmed at a number of locations, ranging from homes with plush full kitchens, to commercial kitchens, and our own studio, along with our partner studio at 69Drops. All options are viable, although some spaces will need longer to setup than others.

So… recipe, crew and studio is solved, and now the fun begins as we get storyboarding. Storyboarding is great because it helps us detect any potential issues before filming. As you can imagine, continuity can be a great challenge and is massively important, so planning the visuals out beforehand is crucial. It also keeps our editors happy to have a storyboard to edit to – that’s if we follow it of course 😉

Once a storyboard is in place, we have to think about props. This can naturally happen during the storyboarding stage as you figure out what is and isn’t needed to create the recipe. Some recipe videos will be very minimal, but some may require a lot of dressing, for example a picnic set-up. One thing that we believe is crucial is the background/worktop that we shoot on. Backgrounds can really bring the recipe to life and are a great way to represent a season due to tonalities and textures. We usually use Backgrounds and Props for these, as they have a fantastic range to enjoy! We can keep prop sourcing and styling in-house or we can bring a professional in. It all depends on the recipe and the style that we’re going for.

By this stage we should be happy with the recipe steps, location, the storyboard, the creative style AND have a good understanding of the end product. In the run up to the shoot day we work closely with our clients on any outstanding planning, and then the fun really does begin!

On the shoot day we typically have a briefing first thing to ensure we’re all happy and that we have everything in order to complete the shoot day. Once everyone is settled, the kit build begins and it’s a big one. I won’t bore you with the technical jargon but we usually film these with a 2-camera set-up. As I keep saying, every project is different so some styles of recipe videos may require less or more cameras depending on how they need to look.

Lights, camera, action! We then go through the recipe process step by step whilst capturing it on video – although it isn’t as easy as it sounds. We’re constantly keeping the end result in mind, ensuring that we eliminate any continuity issues, that the food looks great and that we don’t miss a step! It’s a multitasking challenge that’s for sure 🙂

The amount of recipes that we can get through a day entirely depends on the complexity of the recipe, the style and the edit. This is all pre-planned and handled in the pre-production stage. However, for a regular client of ours, we create 2 per day and we film for 2 days at a time. A typical day is spent filming 2 recipe videos, a lot of the time is spent discussing each shot before we press the “go” button, as well as prepping the food and ingredients before each shot to look fresh, even if they have been out for a while.

Once we reach the “it’s a wrap” point of the day, we usually spend a silly amount of time munching away on incredible food, along with packing up some leftovers to take home, oh and packing kit but that’s last priority.

With both pre-production and production complete, we then move into the post-production stage of the project, we currently have 2 in-house editors who both have experience with editing recipe videos – the process can be chunky as we cut down a good few hours of footage to a 1-2 minute final video. Thankfully, we’ve produced enough recipe videos to know the most efficient way to do this, and we now have a process that we follow to get us from the syncing stage to the master stage.

“In a nutshell, once the footage from each camera has been synced and everything is backed up, we start whittling down the footage until we’re left with all our nice action shots. We then decide the best way to show these off – which camera angle gives us the best view? Is there anything fun we can do to keep people engaged – speed ramps, stop-motion, or something more inventive? Once we’ve cut everything together, and placed in some animated text and music, the fun part begins – colour grading. This is where we can make every image look good enough to eat – recipe videos are not finished unless it makes me feel hungry!” says Video Editor Cameron Whiting.

Finally, we deliver the master recipe videos ready to download and use, whether it be on social media, websites or for apps. Personally, my favourite part of the project is delivering the final video, we have such a talented team that work together to create these, as with all of our projects and it’s truly rewarding to delivery videos that we’re proud of to our clients.

“Fun, innovative and unflappable. Pocket creatives are great to work with – whether it’s finding the perfect lighting for trifle to capturing GoPro footage on a whisk, they always approach every situation with a steady yet game-changing attitude. I see the whole team as trusted creative partners to make great content together.” 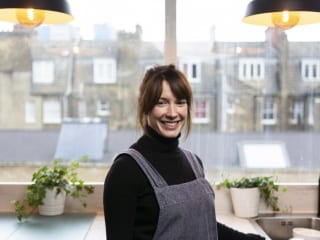 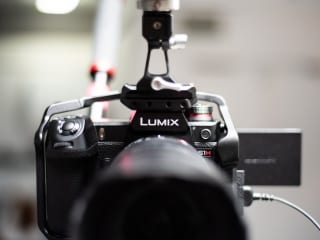