Finding a moment of calm with some tea photography

Photographing the range at ZigZag Tea

We had the pleasure of having Lucy Dolan, owner of ZigZag Tea in our new studio space for a full day tea photography shoot! I set out to create as much new content for her website as possible in the time that we had. I was also careful to give extra space on her images which would allow for crops used in social media (specifically Instagram’s square crops,) so she could also use them on social media platforms and maximise what she got for her money. What’s interesting about this tea photography shoot is that we were approaching it from the point of view of the consumer where – as Lucy was used to targeting businesses directly, this has been a way of adapting to the demands altered by the current pandemic.

I planned the shoot to run in a way where all the messier shots would be towards the end of the day as this way we were able to swiftly work through the more simple shots with ease. It’s important to keep the set as organised and tidy as possible to stay on top of everything and keep to the schedule.

I will always keep a record of what product I‘m shooting, whatever I’m shooting, for organisational purposes, but when it comes to similar-looking products, as this shoot was, it is crucial to do this effectively so to avoid any confusion later on. A good example of when this is essential – one of our shots was a top down view of several different flavoured teas, all of which varied slightly in tones but without a record of which flavour was shot when, it would be extremely difficult to accurately identify which one was which afterwards.

We had a few challenges to overcome during the tea photography shoot. As we were working with tea bags, it was harder to manipulate the ingredients inside the bags some of the time. After some skilful techniques of shaking, wiggling and generally squeezing the bags, we we’re able to get the ingredients into the positions where we needed them to be in.

Having Lucy with me on set for her tea photography shoot was great as we were able to collaborate on ideas and I got a better understanding of the sort of lighting style she likes and wanted for use on her website. There were elements of her products that only she would have been able to point out needed to be shot a certain way as well, and as certain details aren’t always possible to work out in advance – this is one of many reasons I really value clients attending their shoots.

This tea photography project was running ahead of schedule for the first half of the shoot which meant we had the luxury of utilising some spare time in the afternoon – we took our time working on the ingredients pile set in particular as these were crucial to showcase the quality of her ingredients. We tried a few different lighting set ups and in the end found a single light set up with a bounce board to be the best fit for the desired results.

Lucy was very pleased with the images delivered at the end of her tea photography project. Not only did we fulfil her requirements but we managed to get an extra set in there to give her the best value for her time and money. I made sure to sign everything off as we went along, noting down any points needed for specific edits which helped with our communication when it came to post. These mainly included things like colour tones for particular ingredients and crops for one of the sets of images. The documentation of each product captured during this day of tea photography, and when it was shot on the shot list also proved essential for this particular shoot as without the packaging it can be a little confusing to tell which image is which product!

“It was a real pleasure to work with the Pocket Creatives team again. Kelly and Bryony did a fantastic job and really pleased with the outcome of our images. Felt totally at home working with them in the studio and it’s great to work with a small team as it allowed us to get a lot done in a relatively short space of time.” Lucy Dolan, ZigZag Teas

It was a pleasure to work with Lucy on this tea photography project and I’m thrilled to see our images working really well up on the Zigzag Teas website. The cherry on top is that Lucy was able to spend a bit of time with our Creative Director at the end of the shoot getting some advice on a future video project that she’s keen to work with us again for.

It’s safe to say the Pocket team are all looking forward to having her back in the studio and filling it with wonderful smells of chai, mint and lavender again, yum!

“Fun, innovative and unflappable. Pocket creatives are great to work with – whether it’s finding the perfect lighting for trifle to capturing GoPro footage on a whisk, they always approach every situation with a steady yet game-changing attitude. I see the whole team as trusted creative partners to make great content together.” 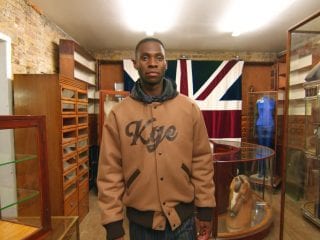 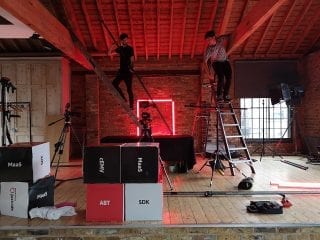