When we’re extremely busy filming crowdfund campaigns, recipe videos, brand promotions, events… the list goes on – it can be difficult to find time to film things that we want to just for fun and self-development – but we do love filming in London for ourselves when time permits!

I love the idea of going outside and exploring the possibilities of filming in London at night, however this can be difficult as it can be very crowded in certain areas and you do need permissions from councils to be able to do filming in London, not to mention finding the time between the range of video projects we have going on at any time.

However, my idea soon came to life when Canary Wharf hosted a Light Show exhibition, which is completely up my street as I love all things lights and technology. I saw an opportunity here to get out for some filming in London with new kit which needed testing.

We had recently purchased a Panasonic S1H camera. I had done plenty of testing with this camera, however not outdoors and certainly not in a low light situation. The Light Show filming in London gave me the opportunity to test the low light capabilities of the camera in a creative way, as not only was it quite dark, but there were lots of bright subjects around which would definitely throw some spanners in the works.

The choice of lens and the dual native ISO sensor had a big part to play in this too! I used a Panasonic 24-70 F2.8 during the entire shoot for the convenience of having a versatile zoom range all in one lens, plus the wide constant aperture meant I had plenty of light coming through the lens and onto the sensor. I also didn’t have to worry about the image getting darker or brighter as I adjusted my zoom, which saved me missing any important shots on this run and gun shoot. The dual native ISO sensor meant I could use either ISO 640 or 4000 as my base ISO, allowing me to brighten the scene artificially via the sensor without introducing additional visible grain into my image – incredibly useful in the right situations.

The show itself was fantastic with multiple different sections with different light structures. This meant I had plenty to play with and lots to see and film. It was really fun to bring two of my passions together, lighting technology and filming.

The footage was then handed on to Ryan to put the footage through it’s paces in post.

“The camera’s low light capability is really impressive. Nonetheless, working with low light footage requires a few extra steps when it comes to colour correction. Essentially, we need to brighten and then clean up the shots, otherwise details will be lost. We also need to watch for unwanted colours casting in our shadow, which only become apparent when we brighten the shots. We then needed to clean up some shots with noticeable grain, with great end results!” says Video Editor Ryan Booth 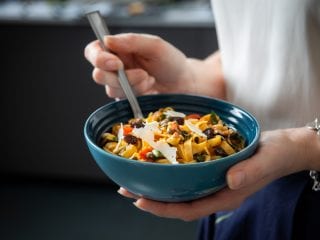 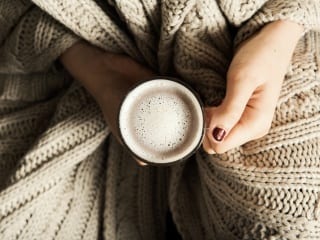 Next Post (n) One Month In: How we're coping since the world changed